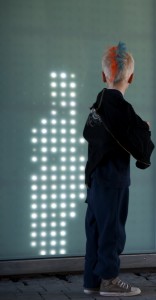 Nullohm has been invited to participate in this summers exhibition «Frontiers of Architecture III-IV LIVING» at Louisiana Museum of Modern Art (Copenhagen, Denmark).

We will participate with a 9 m2 Dobpler wall, which is identical to the installation we did in cooperation with Snøhetta in Sandnes, Norway, in 2008. Dobpler is a soft and extremely energy efficient «Light on Demand System» with an simple interaction that creates joy, visibility and attention. A preventive effect on negative behavior in public space, or simply ment as a inspiring attraction.

The system consists of modules that connects together to build whole interactive walls, either as covered area or spread out as lines or mosaica The system has a unique sensor technology that detects people motion as glowing shadows without the use of complicated technical installations. It is maintenance free and a simple to implement in architecture. Since 2008, the installation in Sandvika and the technology used has received international media coverage in architecture and design media. Since then we have developed a new generation system called «Mnemosyne», offering more interactive possibilities that can be tailor made for different projects.

This exhibition is a presentation of a classic, pioneering work, in interactive/narrative LED lighting for permanent use within architecture

The Louisiana’s exhibition series Frontiers of Architecture I-IV, which the museum has been showing in the years 2007-2011, uses architecture’s deployment of other disciplines to illustrate the new movements and paths that are shifting the frontiers of architecture. With its overall theme LIVING, the last exhibition in the series, combining nos. III and IV and filling half the total exhibition space of the museum, turns the spotlight on the question “How does the Good Life look today?”
The exhibition highlights the tendencies and new departures facing architecture in a world of increasing globalization. How are the individual, the community and social relations conceived today? What do people dream about, and how do they live out these dreams, which are constantly expanding human notions of life styles and spaces for living?
Traditional family structures, urban structures and life modes are being challenged by new kinds of technology and communication as well as increased mobility. The exhibition LIVING focuses on architecture’s partnerships with human sciences like anthropology and sociology. These softer, less quantifiable sciences come to expression in the exhibition through crossovers between architectural projects and art installations and glimpses of current ‘case stories’ from various parts of the world where social development has created new dwelling styles.
The first two exhibitions in the series were Frontiers of Architecture I – Cecil Balmond: The Hidden Order and Frontiers of Architecture II – Green Architecture for the Future.
Realdania is sponsor of architectural exhibitions at Louisiana. 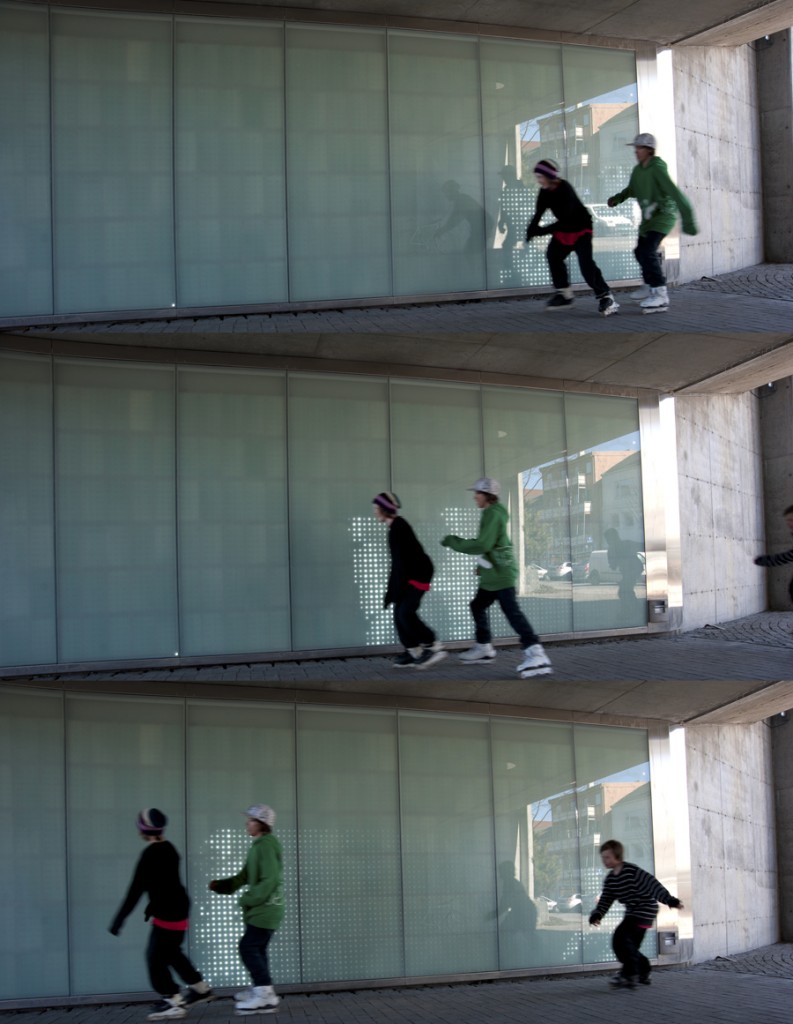