A dragon that ascends where art, light-design, craftsmanship and attention to detail, gather.

Våge is designer and artist Stig Skjelviks latest instalment and resides in Revetal, Norway. It guards a large multipurpose facility for children, that facilitates all sports and cultural expressions.

Våge means “to dare”
The Dragon, however, was not chosen purely as protection for the children. In old Norse literature dragons are portrayed as much as obstacles to fight and overcome, as well as symbols of strength.
It is this duality that Stig Skjelvik found intriguing and it is the same duality that makes it a valid symbol for any child about to dare a few steps out of the comfort zone. Whether the challenge at hand is overcoming personal obstacles or to prove, or expose, something to the outside world, the dragon is there to remind them that they can succeed. The name of the dragon, Våge, is the Norwegian verb that means to dare.

Medieval inspiration
The shape of Våge is as modern as a dragon can possibly get – but the texture of the beast is deeply rooted in Norwegian tradition; inspired by the stave chuches. The bulk of the stave churches of Norway was built between 1100 and 1350. The few that still remain leave spectators in awe of the mythological ornaments, and their artful shapes, yet Stig Skjelvik found the roofs of the stave churches to be the most magnificent work of art. The entire body of Våge is therefore built in the exact same manner as the roof of a stave church. 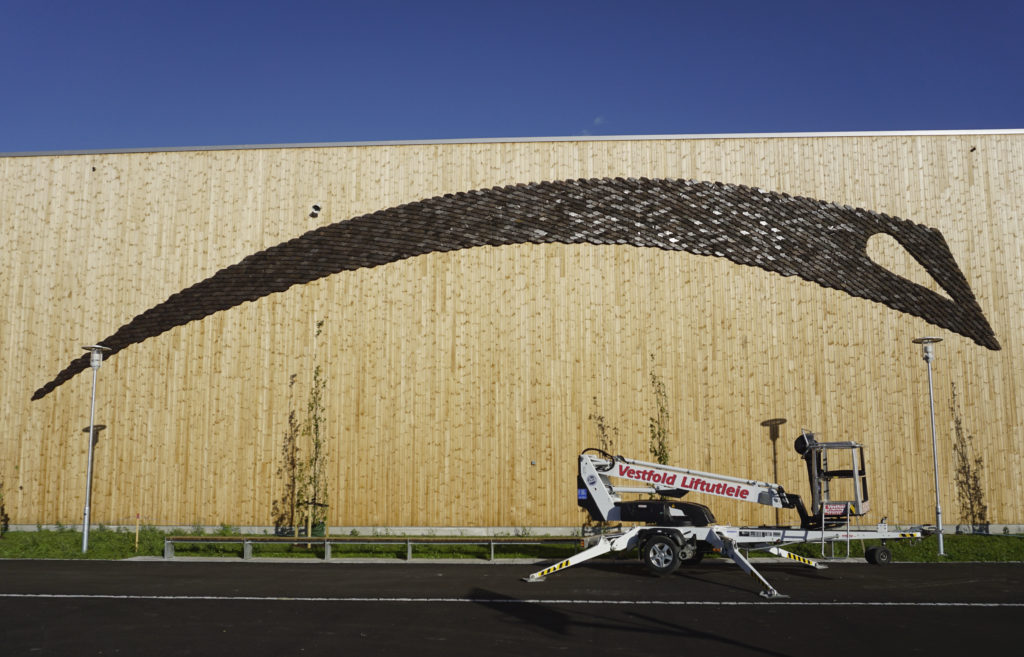